Tomás Luis de Victoria – born in the vicinity of Avíla in 1548 and died 1611 in Madrid – was one of the most important composers of the late renaissance. He started as a choirboy and later studied in Rome, where he worked as chapel master, organist and singer, and was ordained to the priesthood. After his return to Spain in 1596 he was appointed organist and musical director to the emperor’s widow Maria, wife of Maximillian II., and later their daughter Margarita. During his lifetime, Victoria composed a great variety of vocal works: Magnificat-settings, responsories, antiphonies, psalms, motets, hymns and numerous masses. The “Missa quarti toni” was written for a four-part choir in a time, when major and minor keys where not yet in use. The mass is based on the forth key mode common in sacral music at the time, whereas it was named “Missa quarti toni”.
Translation: Nora Tunkel 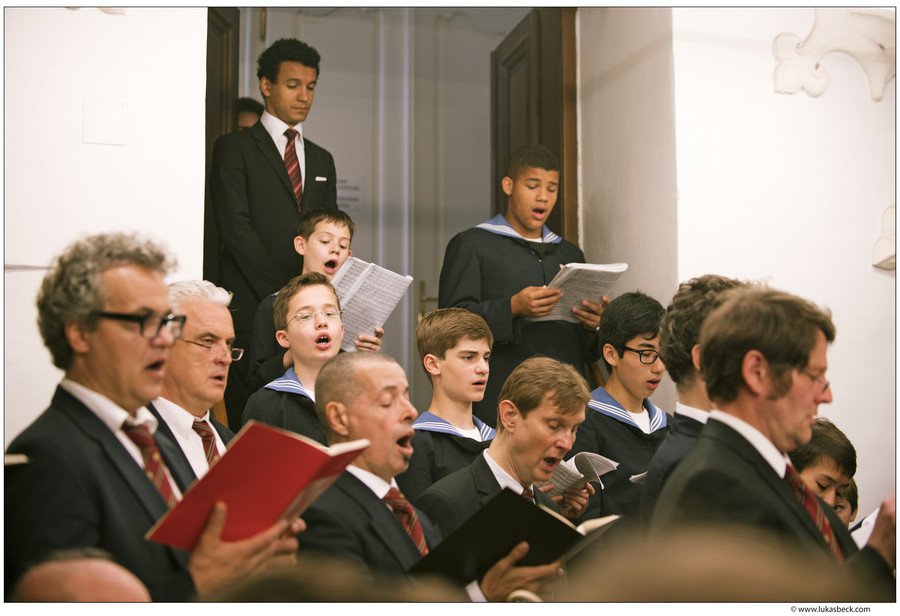