Schubert’s last mass composition, the mass in E flat major, D 950 was most likely intended for a ceremony at the Trinity church in Vienna’s 9th district, where it was in fact performed for the first time after Schubert’s death, on Oct 4, 1829. The mass was conducted by Franz Schubert’s brother Ferdinand to celebrate several festivities, among them the emperor’s (Franz I.) name day. As the large orchestration suggests, it is indeed a “missa solemnis” – a mass for festive occasions. The three-part Kyrie opens the mass with a subtle soundscape in changing harmonies, while the jubilant Gloria links a fugato and a homophone section dominated by the choir. The Credo creates a more distanced atmosphere highlighted by the melodious “Et incarnatur est”. The tremolo of the strings and unexpected harmonies characterize the rather somber Sanctus. The performance of the solo singers stands at the center of the Benedictus. The Agnus Dei, which is reminiscent of the soundscape of the Kyrie, expresses pain and inner conflict. 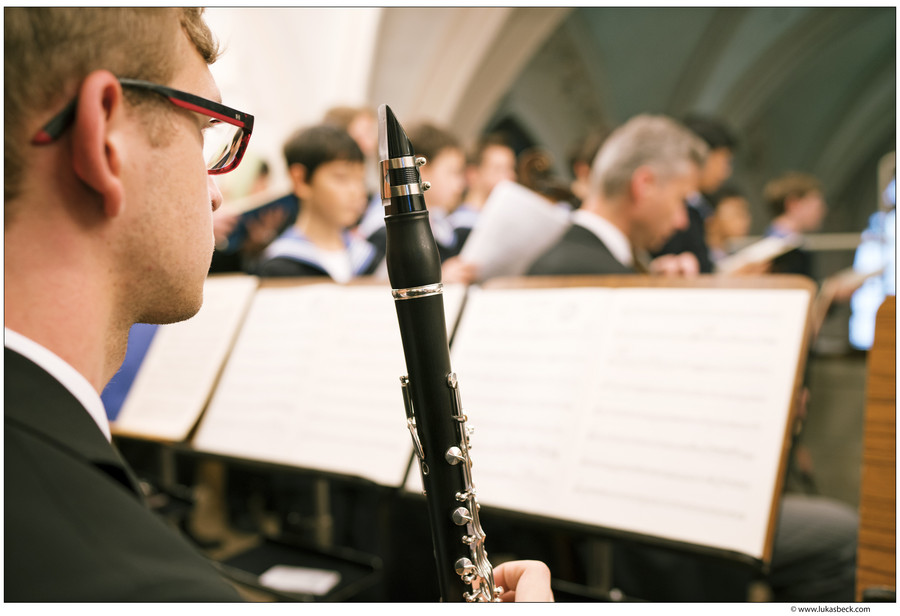