Jacobus Gallus was born in the Duchy of Krain (Slowenia). He sang in the chapel choir in Melk, was member of the Vienna Imperial Court Music Ensemble, Episcopalian choir director in Olmütz and cantor at St. John’s church in Prague. Gallus was one of the most renowned composers of the 16th century and is said to have had an encyclopedic musical knowledge. He composed vast amounts of sacral music, as can be seen in the 20 volumes of his complete works republished between 1985 and 1996: they include 13 volumes of motets, two volumes madrigals and five volumes of masses. The “Missa Canonica” was first published in Prague in 1580. As the name indicates, the specialty of this mass is that all its sections are composed as canons, thus one choir follows the other after several bars. As common in the time of Gallus this mass is accompanied by a oboe and trombones
Translation: Nora Tunkel 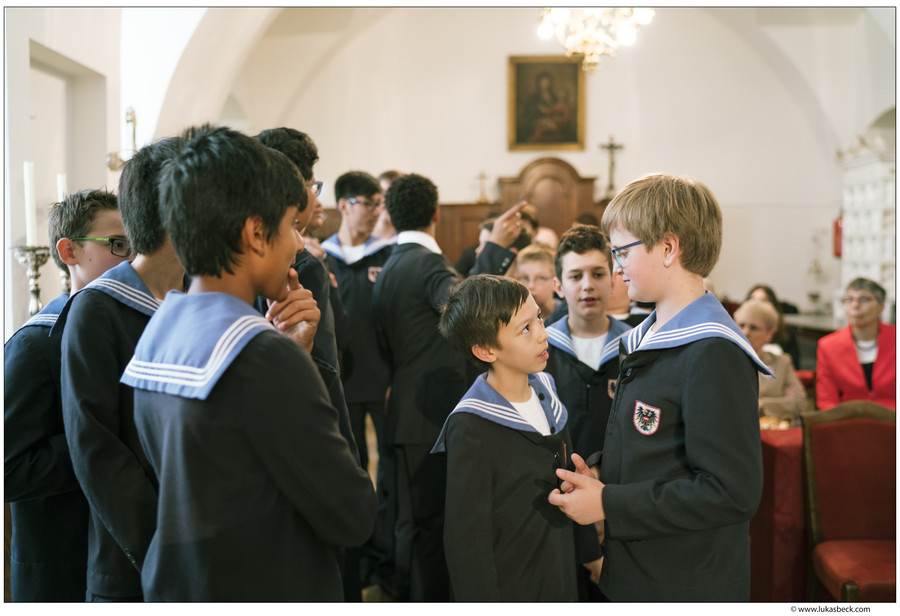