As we know through Haydn’s correspondence, a festive mass was celebrated every year on the name day of Haydn’s patron, Prince Nicolaus II. of Esterházy. Thus, Haydn’s G-major mass Hob. XXII:6, which was first performed on December 6, 1766, received the byname “Nicolaimesse”. Due to the festive occasion, the mass was written for a large orchestration: violins, viola, cello, bass, organ, oboes and horns; later, parts for trumpets and kettledrum were added. Most likely, Haydn wrote this composition under considerable time pressure, since some musical sections recur within other parts of the mass. The choir parts are simple, yet make use of the whole spectrum of each voice. The Kyrie is dominated by airy melodies and sonata-like characteristics, while the Gloria finishes with a short fugue. Solo parts for soprano and tenor were only included in the Gloria and Credo respectively. In the Benedictus the soprano dominates at first, before eventually the other parts join in. 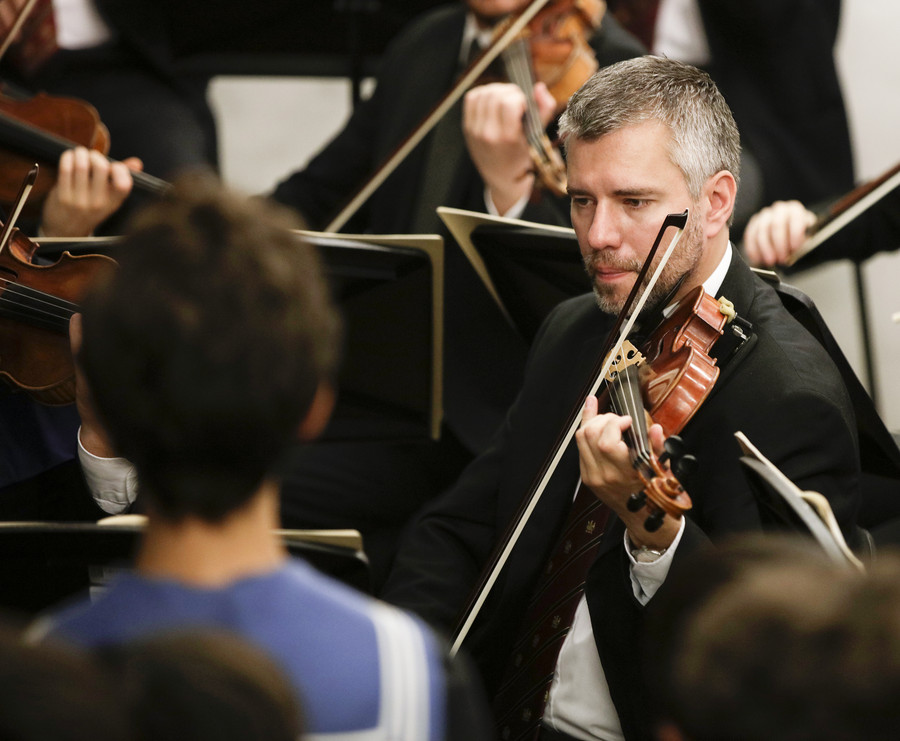