Maurice Duruflé was born in Louviers and died in Louveciennes. Together with the renowned composers and internationally acclaimed organists Olivier Messiaen and Jean Alain he studied composition with Paul Dukas at the Paris Conservatory. Later he would return as professor for harmonics and organ, teaching talented musicians such as Marie-Claire Alain, Pierre Cochereau, Daniel Roth and Jean Guillou. In 1930, Duruflé, who was much respected for his virtuosity on the organ, was appointed titular organist of the Parisian parish church Saint-Etienne-du-Mont. Often he conducted his own compositions, which were inspired by the works of Dukas, the harmonics of Messiaens and plainchant. Duruflé’s love for vocal music is reflected in his famous requiem, in his Quatre Motets Opus 10 and in the Missa cum jubilo, which he devoted to his wife, acclaimed organist Madelaine Duruflé. It was first performed in Paris on Dec 18, 1966 and evidences the composer’s musical sensitivity, his smooth phrasing, mysticism and at times jubilant emphasis. 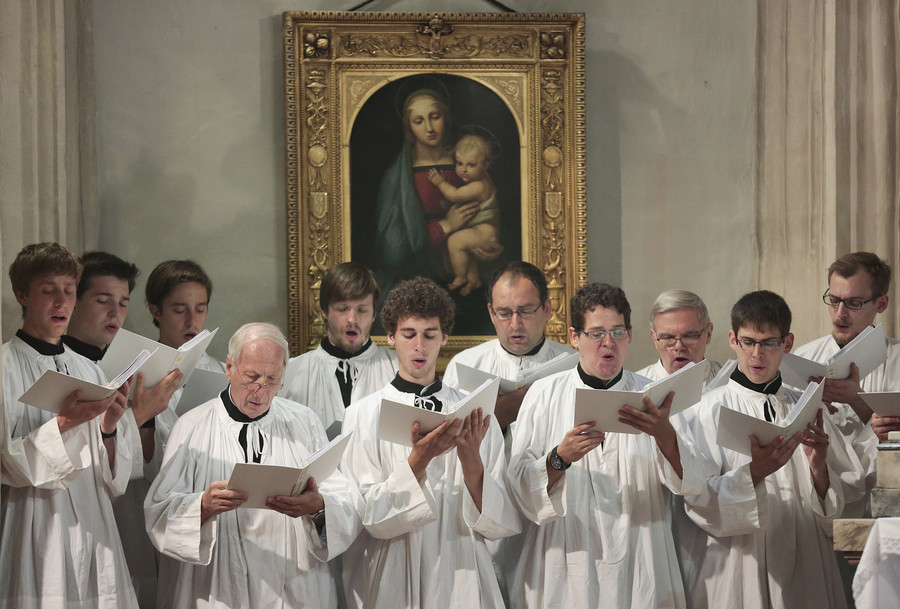