On January 17, 1779 Mozart was appointed court organist in Salzburg. One of his duties was the composition of sacred music – thus, in early 1779, he composed the mass in C-major, KV 317. The large orchestration of the mass – 2 violins, cello, bass, organ, 2 oboes, 2 horns, 3 trombones, 2 trumpets and kettledrums – indicates that the mass was intended for that year’s Easter ceremonies. The same goes for the church sonata KV 329, which consists of major parts for the organ. Most likely, the mass was performed at the coronation ceremony for Leopold II. in Prague in 1791. However, evidence exists that it was also conducted at the coronation of Leopold’s successor, emperor Franz II. in 1792 – which is why it is today known as “Coronation mass”. This festive mass is characterized by an elaborate Gloria, which builds on several themes, a Credo, which features an impressive solo quartet, and an airy Benedictus, culminating in an expressive Agnus Dei. 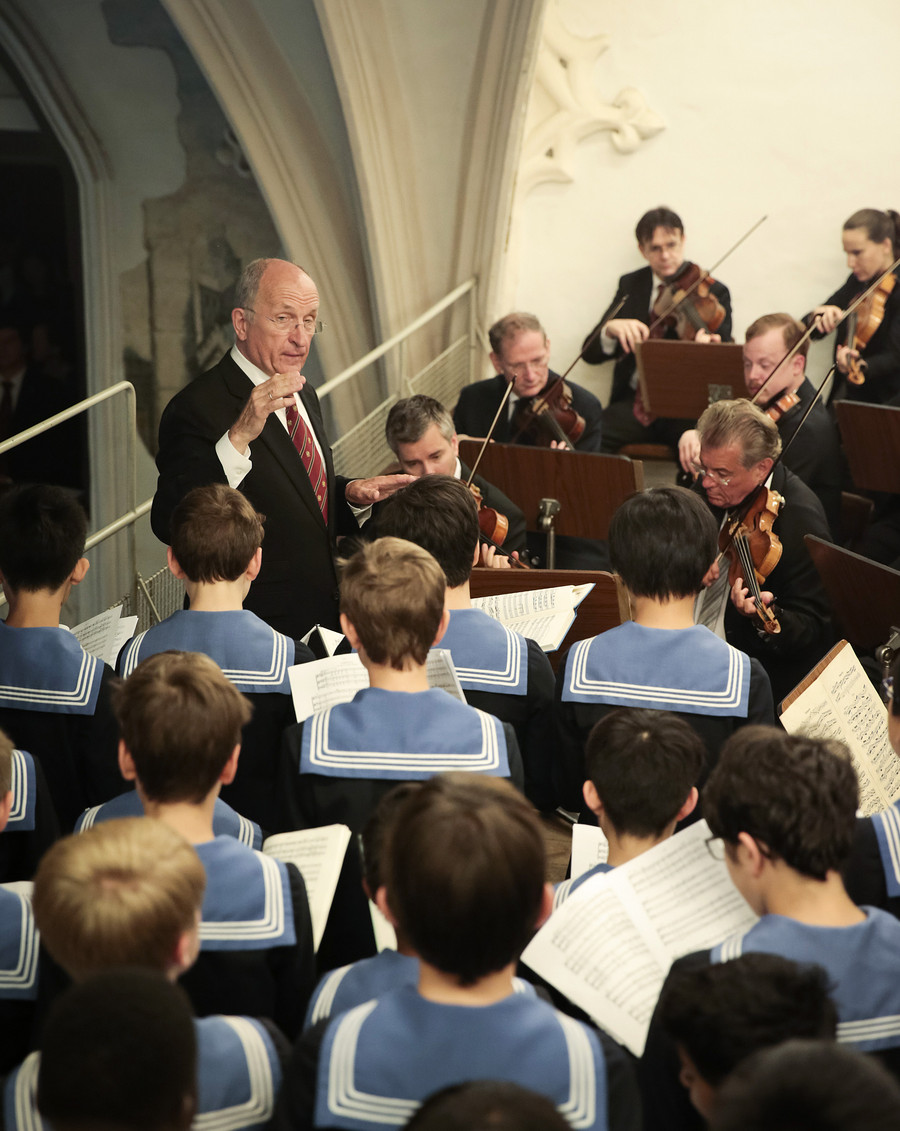