As the second son of Emperor Ferdinand III, Leopold was originally destined for a clerical position and succeeded to the throne as Holy Roman Emperor in 1658, after the death of his brother Ferdinand IV in 1654. His reign was characterised by the splendour of the Viennese imperial court, in which music was of central importance. At the centre of these efforts was the Wiener Hofmusikkapelle, which under Leopold I experienced a considerable increase in personnel.

Alongside Ferdinand III, Joseph I and Charles VI, Leopold I was one of the so-called composing emperors and stood out among them as the most accomplished and creative. His private music library, the so-called Bibliotheca cubicularia (=Sleeping Chamber Library), is still one of the most valuable holdings of the National Library's music collection.

The name of the Missa Angeli Custodis refers to Guardian Angel Sunday, which was important in Vienna in the 17th and 18th centuries and is still celebrated on the 1st Sunday in September. The original set of parts bears the detailed title: "Di sua Maestá Cesarea Leopoldo Primo Missa Angeli Custodis á 4 voci [...] 2 Violini in Conc:to Et Ripieno". The customary indication of the instrumentation in the title therefore points to a 4-part choir supplemented with instrumental parts and two independently led violins. The Missa Angeli Custodis can therefore be assigned to the genre Missa mediocre and thus lies between the larger and more elaborately (especially with trumpets) arranged Missae solemnes and the masses with only a cappella instrumentation. 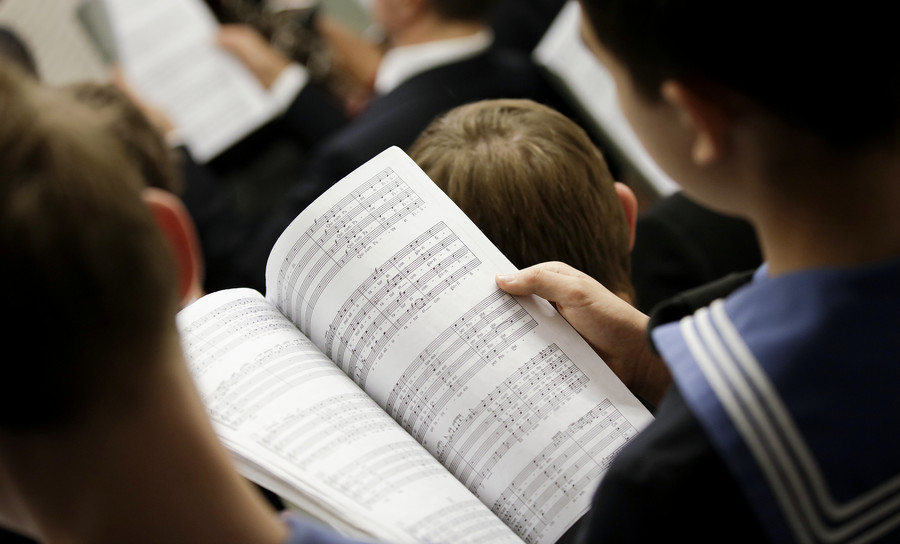